Research your Cadillac with our VIN decoder

Enter your Cadillac's 17-digit VIN above to decode your VIN. We will show your vehicle specification and full vehicle history report, which includes thefts, detailed vehicle records, accidents, titles, and more. This information is compiled by VinFreeCheck.com from multiple sources including but not limited to DMVs, police records, insurance database and made public as a free, informational resource. 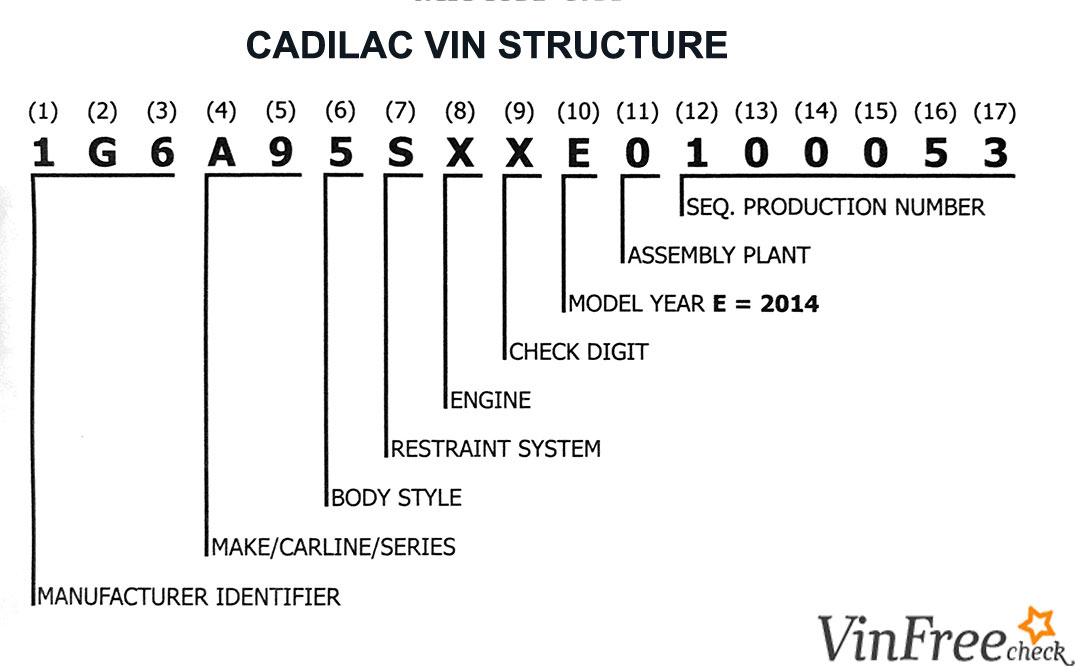 Cadillac VIN numbers are broken down to 9 sections:

We also have a list of Cadillac's squish VIN information available in the table below. A squish vin is basically the first 11 characters of the full VIN Number. However, it does not contain the 9th character, which is a check digit to check the validity of a VIN number. With squish VIN, you can manually decode your Cadillac's VIN with just pen and paper. To learn more check out, What is a VIN Number

Cadillac is a division of the American car producer General Motors (G.M.) that structures and assembles luxury vehicles. Its primary markets are the U.S, Canada, and China. Cadillac motor vehicles are the distributor in 34 additional markets around the world. Cadillac cars are at the highest point of the luxury field within the U.S. In 2017, Cadillac's U.S. sales were 156,440 vehicles, and its worldwide sales were 356,467 vehicles.

Cadillac is one of the first automobile brands on the planet, second in the U.S. only to a brand like G.M. marque Buick. The company was established from the remainders of the Henry Ford Company in 1902. It was named after Antoine de la Mothe Cadillac, who founded Detroit, Michigan. The Cadillac crest is taken from his coat of arms.

If you have ever seen images or heard much about the first cars, you may know that they required hand-cranking to begin. The motivation to develop and use an electric starter actually originated from a personal experience of Leland, Cadillac's co-founder. A companion of his family was in a mishap while hand-wrenching a vehicle that ended his life, so electric starters had a special meaning for Leland. About ten years after the first Cadillac was launched at the New York Auto Show, the first electric starter showed up in a Cadillac car. Modern cars all contain electric starters, so this innovation was a game-changer in the business.