Research your Chevrolet with our VIN decoder

Enter your Chevrolet's 17-digit VIN above to decode your VIN. We will show your vehicle specification and full vehicle history report, which includes thefts, detailed vehicle records, accidents, titles, and more. This information is compiled by VinFreeCheck.com from multiple sources including but not limited to DMVs, police records, insurance database and made public as a free, informational resource. 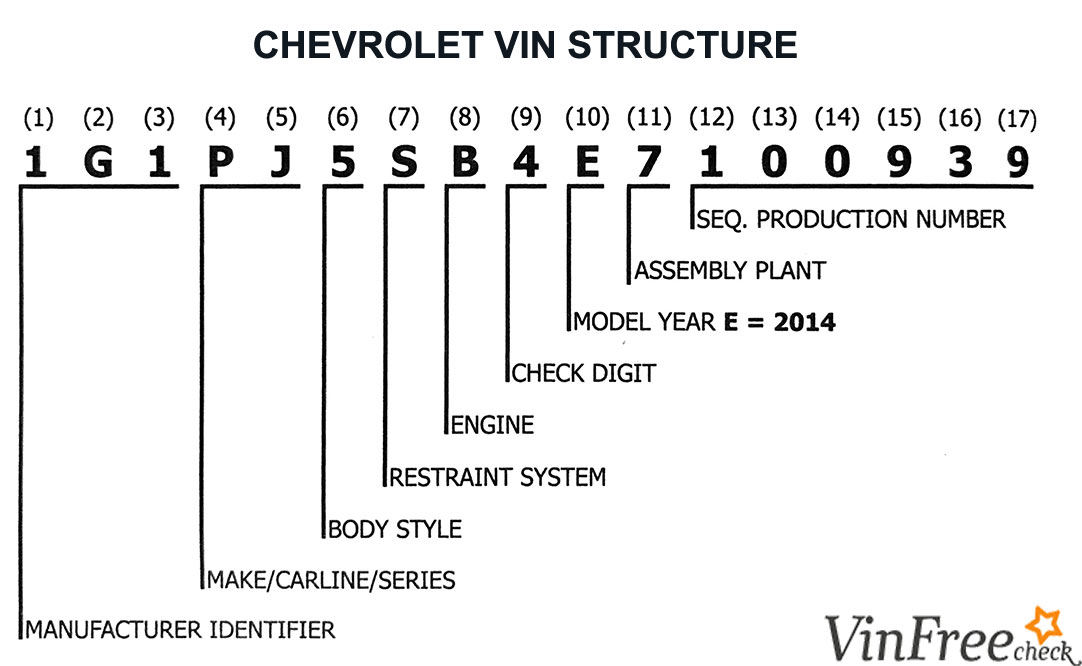 Chevrolet VIN numbers are broken down to 9 sections:

We also have a list of Chevrolet's squish VIN information available in the table below. A squish vin is basically the first 11 characters of the full VIN Number. However, it does not contain the 9th character, which is a check digit to check the validity of a VIN number. With squish VIN, you can manually decode your Chevrolet's VIN with just pen and paper. To learn more check out, What is a VIN Number

After Durant's second rousting in 1919, Alfred Sloan, with his saying "a vehicle for every purse and purpose", would pick the Chevrolet brand to become the volume leader in the GM family, offering standard vehicles to rival Henry Ford's Model T in 1919 and surpassing Ford as the best-selling car in the United States by 1929. Continuing to improve and evolve, the American company issued another new generation of its classical Corvette, Impala, and Camaro models practically at every ten years. Toward the end of the twentieth century, SUVs became very popular amongst customers throughout the world. This development made Chevrolet concoct another line-up of off-road vehicles.

Presently, the popularly known division of the General Motors Company manufactures many models of vehicles of any class and type in various parts of the world: The United States, Canada, Mexico, Brazil, India, Argentina, South Korea, and China. The concern is keeping pace with the cutting-edge technologies, launching electric vehicles and hybrid, and at the same time, while still upgrading its classical models like the Corvette.